Labradorite: The Stone of Intuition 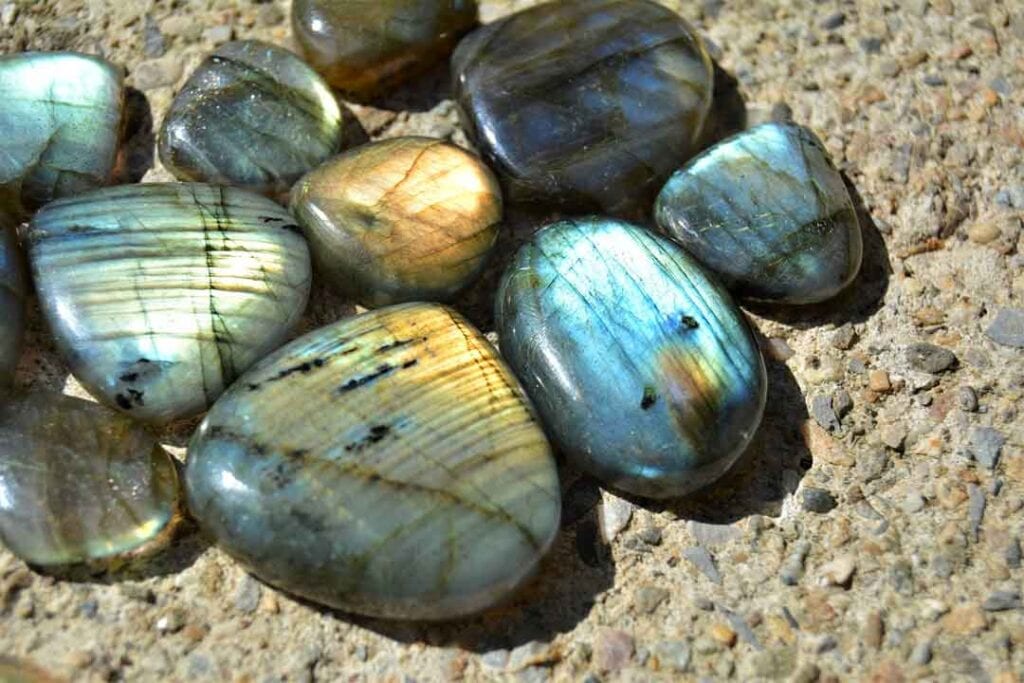 Labradorite is one of my favorite stones. It comes in shades of grey and dark blue, similar to the vastness of the night sky and often has iridescence of blues, greens, gold and purple.

It forms in translucent layers, so the shimmer that is seen is really a few layers deeper into the stone, seen through the thin, transparent sheaths. This iridescence can dance and change as the light hits the labradorite as well as moving the stone.

This beautiful dance is similar to the Northern Lights, seen in the sky in the wintertime in the far northern locations of the world that are close to the Arctic Circle. In fact, that’s where labradorite gets its name – from Labrador in eastern Canada, where some specimens are found. The natives to the area, the Inuit, believed that labradorite was formed by the Northern Lights falling to the ground and solidifying into the beautiful labradorite stones.

It is the physical embodiment of the third eye chakra associated with visions, intuition and dreams. It enhances one’s awareness of the larger picture and gives insight to the intangible mysteries of the Universe.

If you would like to experience the magic and mystical qualities of Labradorite and other healing crystals through a one-on-one Crystal Reiki session, please reach out to me at jerryonthemat@gmail.com.

I’m located in Chicago and the sessions are done virtually.