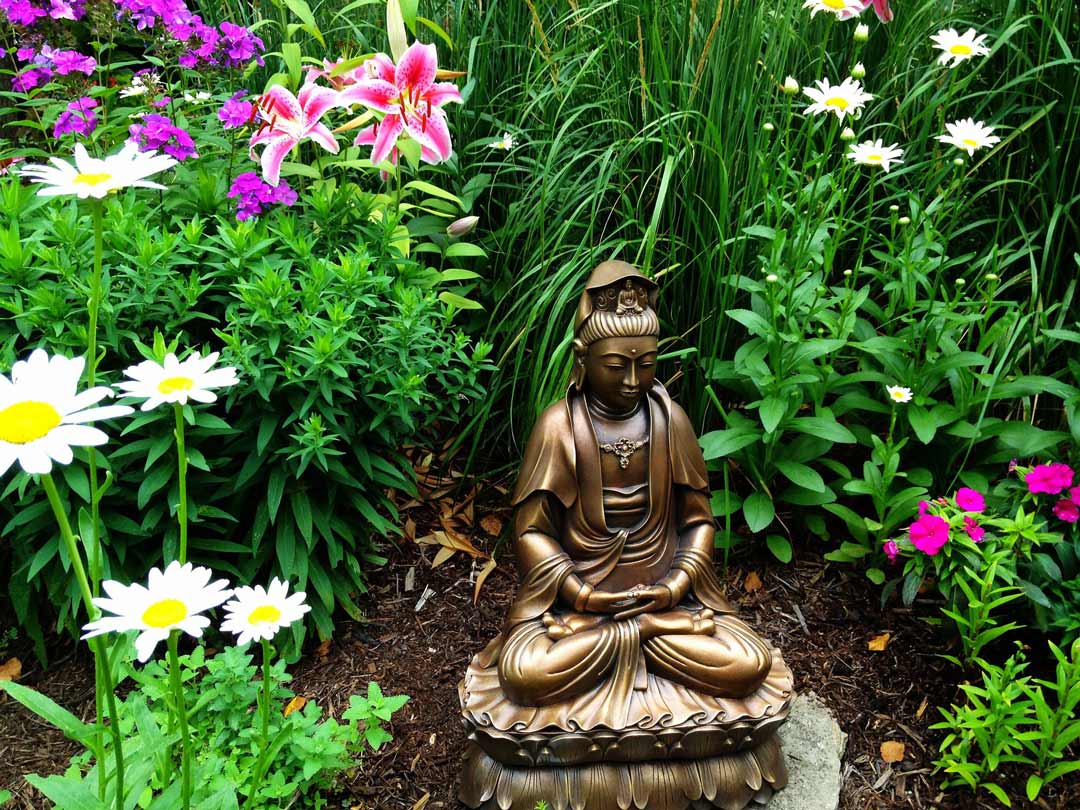 Quan Yin (also Kwan Yin) is a Bodhisattva (Buddhist Goddess) and Ascended Master whose name translates to “she who hears the cries of the world.” As the legend goes, she became an Ascended Master when she had completed her purpose on earth. As her reward she was allowed to no longer incarnate in human form. However as she was about to step over the threshold from this world to what lies beyond, she heard all the suffering and pain of the world, and chose to remain on the human plane until there is no more suffering.

She is a planetary being, in which her aura is as large as the entire earth, allowing her to sense all the cries of humanity. She holds space for those who are suffering as a Divine Mother for humanity.

Quan Yin descends from the lineage of compassion and mercy. She carries the Goddess and Divine Mother aspect of Buddhism and eastern cultures. This nurturing feminine energy is found in many different Avatars in many traditions throughout the world, such as the Virgin Mary in Chrsitianity, Isis in the Egyptian mystery schools, the Goddess Tara of Tibetian Buddhism and Shakti, Parvarti and Radha in Hinduism.

Quan Yin bestows her wisdom, motherly love and healing to anyone who seeks her. As the Goddess of Compassion, she helps people become compassionate healers. Asking her to be present while using Reiki can greatly amplify your connection to the energy, infusing your healings with universal love and compassion.